Thinking about wandering around Luzon? Traveling 431 kilometers northwest away from Manila, you will find yourself in the amazing city of Tuguegarao in the province of Cagayan. Whether you are seeking adventure or you just want to enjoy nature, Tuguegarao City is the perfect spot to open up a chapter in your journey!

The warmth of the city will welcome you as the city was noted to hold the record of warmest temperature recorded in the country.

Tuguegarao at a Glance

Cagayan is a province in the Philippines located in the Cagayan Valley region and the northeastern tip of Luzon. Tuguegarao, the capital city of Cagayan, is dubbed as the “Gateway to Illocandia and Cordilleras”. The capital is at the southern border of the province where the Cagayan River and its tributary Pinacuan River merges.

Tuguegarao has an agriculturally based industry. Being the top producer of corn and second in rice production in the country.

The City is known as the Central Business District of Region 2. Commercial Hubs, Regional Offices, Transportation Terminals, and the Airport are all accessible within the city. The city is indeed the focal destination of Trade and commerce. Schools and Universities are also accessible within the city as Tuguegarao is Region 2’s Center of Education.

Tuguegarao attractions are not limited to places. When visiting Tuguegarao City, you can never miss their specialty dish and everyone’s favorite, Pancit Batil Patong. Panciterias are found in almost every corner of the city and offering their own versions of Pancit Batil Patong. Batil means mix and Patong means topping. Its ingredients include carabao beef, egg, bean sprouts, pork liver, lots of onions, chopped fried pork (chicharon), and freshly-made flattened noodles. It will be served with an egg placed on top cooked by the heat of the pancit and a cup of soup which is meant to be poured over the pancit.

To satisfy your savory taste buds, try a serving of their flavorful homemade carabeef tapa. Alleys at the sidewalks usually offer their own version of homemade carabeef tapa. On your way around the city, you may also try their special snacks such as carabao-flavored chicharon, also known as Chicha-rabao. Unlike pork skins that curl when fried, chicha-rabao is cut into squares that puffs when fried. It is somehow less health-threatening than the usual pork chicharron. For your sweet tooth, enjoy having their milk candy made out of carabao’s milk. Unlike any other pastillas, these candies are chewy, and it is rectangular shaped chips.

Aside from eating the famous delicacies, you can also visit religious destinations, which are part of Tuguegarao attractions, while traveling around the city. St. Peter and Paul’s Cathedral, also known as Tuguegarao Cathedral, is an 18th Century baroque church located along Rizal Street, Barangay Centro 10. It is one of the oldest churches in the Philippines, completed in 1767, and is said to be the biggest church in Cagayan Valley Region. The church sustained a lot of damage during World War II. Fortunately, Monsignor Bishop Constance Jergens subsequently rebuilt the cathedral.

You will surely be awed by the presence of an authentic relic of the true cross that the believers believed to suffice spiritual hunger at the Jubilee Cross Chapel, located at Calvary Hills in Iguig, about 16 kilometers away from Tuguegarao City. A stairway to heaven at the back of the Church of San Antonio de Galicia will lead you to the sight of the 11 hectares of rolling hills where the fresco of larger-than-life colored statues of the Passion of the Christ in Calvary is displayed. Paint your spiritual quest with a prayer in this truly awesome religious spot in the city.

After feeding your stomach and your soul, it's time to take on a step on your adventure bucket list with the other top tourist spots in Tuguegarao.

Complete your 10,000 steps and more crossing the Buntun Bridge. Experience the Golden Gate, San Francisco feels in Tuguegarao. One of the tourist spots in Tuguegarao is the Buntun Bridge. Buntun Bridge is 1,369 meters long and 37 meters high, making it one of the longest bridges in the country. It spans the tremendous width of the Cagayan River, which is said to be the largest catch basin river in the Philippines. The bridge extends out from Tuguegarao City and Solano, then to Cagayan.

Another best thing to do when you are in Tuguegarao is to visit the famous Callao Cave. It is one of more than three hundred caves in the vicinity of Peñablanca's protected landscape and seascape. Callao Cave is located along Barangay Quibal and Magdalo in Peñablanca, Cagayan, about an hour travel from the city. Callao Cave is one of the most well-known caves in the Philippines. It is made up of seven chambers and formations: the Column, Chapel, Skeleton, Elephant’s Head, Praying Angel, Rocket, Lion’s Head, and Dog’s Head Formations. The Chapel is the main attraction of the cave and was turned into a Cathedral by the locals in Cagayan. Wandering around Callao cave is safe and easy. The passages are huge and well-lit that you might not even need a tour guide while exploring inside the cave.

Still hungry for more adventures? Why not explore some more of the tourist spots in Tuguegarao, like the secret treasures of Sierra Cave? If Callao Cave is an easy way in and out, the Sierra Cave will heighten your adventurous spirit. The cave is accessed via long and narrow openings, too narrow that it might force you to crawl your way into it.

The rock formations that are constantly becoming more and more astounding as time goes by will be the fruit of the difficult path that you need to pass through. Before exploring the cave, you must contact the Department of Environment and Natural Resources to gain access to the place for guidance and assurance that nature’s beauty and masterpiece are protected and respected. The stunning view of nature’s wonder that is unseen to many people is worth the adventure. It is one of the local’s pride when it comes to Tuguegarao attractions.

All you want to do while staying in Cagayan Valley are here in Tuguegarao City! Your food cravings, your soul’s hunger, and your adventure-eager self will surely be satisfied after visiting and exploring the city. Wander around the historic paths, look around the amazing work of nature, and satisfy your taste buds with the famous delicacies of the City.

Tuguegarao is indeed the gateway, not only to Ilocandia and Cordilleras but also to nature’s great wonders in the province!

It truly is The Best in Tuguegarao!

Fall in love with the Beauty of Isabela Province 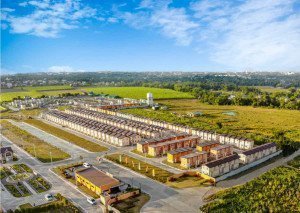 Moving is not just choosing a new home. It is also finding the ideal community for you and your family.