Best Things You can do in Batangas

Dubbed as the “world’s most livable city,” Batangas is a province in Region IV-A with 31 municipalities and three cities. Its neighboring provinces are Cavite, Laguna, and Quezon. If you want a quick getaway, Batangas is the perfect province for weekend getaways because it is only three hours away from Metro Manila.

Batangas is abundant with affordable Batangas beach resorts, festivals, and historical sites. It is no wonder that this province is called the “most livable city” by those who have an affordable house and lot there because there is no way for you to get bored there. Here are some things that Batangas is known for.

Among these beaches, Fortune Island is arguably the most popular one because it is the nearest to Metro Manila. This affordable Batangas beach resort is the perfect spot if you want to relax without any disturbance because this hidden paradise has no electricity. However, you should not worry because there are beach resorts near the island if you do not like camping activities.

And if you want to have that white sand experience, you no longer have to go to Boracay as Laiya Beach in San Juan is known for that too. The stunning affordable Batangas beach resort coast is filled with bars, restaurants, and hotels. If you are a person who doesn’t want large crowds, avoid going here during the weekends because Laiya beach can get crowded.

Batangas is also home to historical landmarks, one of which is the Taal Basilica Church. Standing at 88.6 meters long and 48 meters wide, this church is considered the biggest in Asia. Martin of Tours is its patron saint and his festival is celebrated every November 11.

In 1575, Fr. Diego Espinar led the construction of the Taal Basilica Church. For two centuries, the church improved and prospered to the point where Taal became the capital of Batangas. However, a devastating eruption of the Taal Volcano in 1754 led to the destruction of four nearby Batangas towns.

Another historical places in batangas that you should visit is Casa de Segunda, also known as Luz-Katigbak house. The house is located in Rizal Street, Lipa City, and was the home of Segunda Katigbak, the first love of the Philippine national hero, Jose P. Rizal. Today, the house is currently a museum and is considered a national heritage house by the National Historical Institute.

At first glance, you will notice that the house is from the Spanish colonial period due to its stonework and windows that are staples of Spanish architecture. You can still see the old remnants of the past in this house but sadly, there is a chance that there are things that have changed in this historical place in Batangas.

Casa de Segunda was heavily damaged during World War II. Because of these damages, the house was soon remodeled by one of Segunda Katigbak’s daughters in 1998. The good news is that most of the original items used by the Luz-Katigbak clan are still in pristine condition. This house is perfect not just for history buffs, but for lovers as well.

Batangueños are also a festive people. Lots of festivals are celebrated in Batangas like the world-famous Parada ng Lechon in the Batangas town Balayan that happens every 24th of June. During this festival, Balayan residents are parading lechons at the town plaza as a way of thanksgiving for the blessings they received for the past year.

Meanwhile, the Batangas town of Alitagtag has its Tapusan Festival every May 31 to celebrate and honor the Holy Cross. It includes the offering of flowers on their town’s oldest holy cross and a procession of flower-decorated floats carrying the images of the Virgin Mary. The town also celebrates their Flores de Mayo during this date simultaneously.

And if you love long celebrations, a Batangas town has that too with their Sublian Festival. The two-week-long Sublian fest happens in Batangas City every July 23 to celebrate and honor the town’s patron saint: the Holy Cross in Bauan and Agoncillo, and the Sto. Niño in Batangas City.

To honor their patron saint, residents perform their local dance called Subli. This is a traditional folk dance to honor the Holy Cross. No one knows the origin of this town but one thing is for sure, the Subli is not just a dance. Prayers are also included during the performance through verse and songs.

Balsa Festival of Lian started on May 2002. The festival is filled with different activities that relate to wooden rafts like balsa race competitions, balsa decorating contests, and cultural dance competitions and a dance party beach that are prominent with media personalities. This happens every 24th of June to commemorate the birthday of St. John the Baptist.

In San Nicolas, a festival was launched in 1997 in celebration of a fish named “Maputo,” a freshwater fish found at Taal that can weigh up to three kilograms. The highlight of this feast is the street dance competition and a maliputo cooking contest to showcase the dishes that can be done with this fish.

In Tuy, have two festivals the first one is the “Kambingan Festival” to celebrate the town’s abundance of goat products. This is celebrated during August and the second is “Salagubang Pestebal” for sugar farmers to cast off beetles infesting their plants. The festival includes a salagubang cooking contest, salagubang race, and salagubang wrestling.

Moreover, Lemery is a first-class municipality with a festival called “Sigpawan Festival” to honor San Roque and celebrate a tool that the local town uses in fishing. “Sigpaw” refers to a small net used by the fishermen in the area. Sigpaws can also be used in getting fruits. Events during the festival include a thanksgiving followed by a march from the church to the town proper.

What to do in Batangas

The best way to enjoy Batangas towns is to have a house near affordable Batangas beach resorts and historical places you want to travel to. If you are a big junkie of festivals, you should mark the festival dates in your calendar and go there one or two days before to avoid traffic.

If you are looking for an affordable house and lot, you should consider living in this province because it’s close to the metro, it is festive, and it’s surrounded by beaches which means that you’ll feel stress-free maaliwalas there.

Let’s celebrate and taste the beauty of Batangas. Welcome to the Land of Magigiting.

These food places will capture your heart and your social media followers. 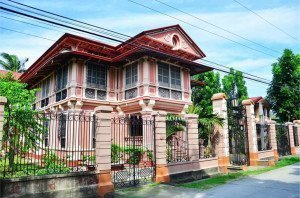 Way past the clear waters and white sands, other must-visit places within the municipality will leave each visitor just as awed as the deepwater attractions in Laiya Beach.