Top Cities and Provinces to Consider for Your Real Estate Investment

Location matters. This is especially true if you’re thinking of starting (or expanding) your business or getting into real estate investments. Your choices increase as property development projects multiply in the country.

When assessing your options, though, take into account the current conditions and economic outlook of the places you’re considering. Don’t forget to weigh on the potential costs and returns. To help you choose, below are provinces and cities in the Philippines that are worth investing in.

Cebu is the richest province not just in Visayas, but in the entire Philippines. That’s not surprising when it’s been serving as a center of commerce and trade for a long time. From manufacturing to shipping, several industries are thriving here.

Its tourism industry is also notable. Travelers flock the beaches and historical sites in the province during peak seasons. The Mactan-Cebu International Airport alone is a spectacle. While Cebu City, the provincial capital, may be having traffic issues, the plan of constructing a light railway is likely to boost tourism in the main island.

In addition to its amazing natural wonders and architecture, Cebu’s festivals draw tourists as well. Topping the list of festivals is Sinulog. Other cultural events include Kadaugan sa Mactan, Kagasangan, Sugat Kabanhawan, and many more.

Cebu is also an ideal place to live in. If the Queen City of the South may be too crowded to your liking, you can opt for Bogo City instead. Getting an affordable house and lot in the latter is easier thanks to Lessandra.

For many years now, the City of Stars has been the most populous city in the Philippines. As opportunities abound here, people aren’t likely to move out. Having some of the country’s best schools, universities, hospitals, and companies are attracting outsiders into the city as well.

All of these make it hard to locate an affordable house and lot for sale in Quezon City. The good news is that there are real estate properties and projects you can find in the nearby city of Valenzuela. Two of these projects include Lessandra Terra Alta and Verra Metro North.

The Taal Volcano and kapeng barako are likely the first few things you’ll remember about Batangas. From an investor’s point of view, though, this Southern Tagalog province is remarkable for its industrial, agricultural, and tourism sectors.

Apart from its own natural resources and wonders, the province also plays an important role in local and international trades, thanks to its strategic location. In fact, the seaport in the provincial capital, Batangas City, is the second largest in the country.

Aside from Batangas City and other cities in the province, municipalities such as Sto. Tomas and Calaca are also doing well economically. The said two towns were included in the list of richest municipalities in the Philippines in recent years.

If you’re looking for a house and lot for sale in Batangas, check out Lessandra’s projects. These are located in Batangas City, Sto. Tomas, San Juan, and Malvar.

As a province located next to Metro Manila, it’s unsurprising that some economic success spills over to Laguna. However, it doesn’t rely solely on its proximity to earn a spot on the list of the richest provinces in the country.

Having 21 economic zones is one of the noteworthy things about Laguna. These zones cover sizable industries like that of automotive and business process outsourcing.

Aside from that, the province also has a booming agricultural sector. It provides fruits like rambutan, lanzones, bananas, coconuts, pineapples, and mangoes to residents and to those in adjacent areas.

Thanks to its fishing grounds, Laguna is able to fulfill its needs along with much of the demand from Metro Manila. The mining and tourism industries further boost the economy of this province.

Can’t wait to invest or buy a house and lot in Laguna? Lessandra’s housing project in Calamba could be the one you’re looking for.

Like Laguna, Cavite is covered under the so-called Greater Manila Area. From a historical place, it has evolved into one of the richest, most industrialized, and most populated provinces.

Despite having 11 economic zones, agriculture remains the main driving force behind the province’s economic prosperity. Rice, pineapple, coffee, and cocoa are some of the crops cultivated in Cavite. The province also helps meet the demand for cut flowers in the region and in Metro Manila.

If you’re thinking of relocating or investing in real estate in Cavite, you might want to consider Lessandra Tanza Heights. The municipality of Tanza shares a border with Trece Martires City. It’s also a town away from the cities of Dasmarinas and Imus. With a home in Tanza, you can even have a Tagaytay getaway every once in a while.

Dinagyang Festival is no doubt one of the famous festivals in the country. During the said event, Iloilo showcases its best offers to tourists. However, it’s not only worth visiting. As another wealthy province, it’s also a great place to invest and live in.

Tourism boosts the local economies in the northern and southern parts of Iloilo. Fisheries also play a huge role, especially in the northern towns. Meanwhile, the central part is dedicated more on agriculture. Sugar, rice, and corn are three of the main crops of the province.

Accommodations for locals and tourists alike are best found in Iloilo City, another highly urbanized city (HUC) and the provincial capital. For those who are into arts and history, the city’s museums are a delight. Foodies can take pleasure in La Paz Batchoy, pancit molo, and other dishes in the city and neighboring towns.

In recent years, the city emerged as the Philippines' biking capital. In a way, this helps enhance the city’s image for those who are health-conscious.

As more people relocate to the provincial capital, it’s a good idea to look at the nearby towns and cities for a real estate investment. With a Lessandra home in Oton City, for example, the capital will just be a short drive. That makes the airport accessible, too.

This historic city may not be on the news every day, but that doesn’t mean it’s undeserving of attention. Aside from being one of the oldest, Caloocan City is also among the richest cities here.

While it fell from 7th place in 2019 to 8th place this year, it still experienced an economic boom. From PHP 18 billion, the city now has PHP 20 billion assets based on a report from the Commission on Audit. With such wealth and a population of around 1.5 million, it maintains its status as a 1st class highly urbanized city.

In case you’re not that familiar with Caloocan City’s geography, you should know that it’s divided into two non-contiguous portions. Parts of Valenzuela City and Quezon City serve as barriers between the aptly named North Caloocan and South Caloocan.

The southern one is less in size but greater in terms of industrial and commercial activities. As such, searching for affordable homes in the area can be challenging. There are more residential areas in the northern part.

You can also widen the range and consider properties in neighboring cities. For example, you can check out project listings in Valenzuela City. Lessandra Cielo and Lessandra Monticello, both of which in the nearby San Jose del Monte, Bulacan, are ideal, too.

Whether you’re planning to move, invest, or both, take a look at what Lessandra can offer you. From an affordable house and lot you can live at to housing projects you can invest in, the real estate brand got you covered. 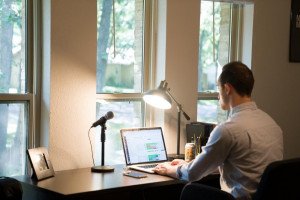 Why You Should Invest in Real Estate This 2021

Here, we enumerate three reasons why you should consider investing in real estate in 2021. One of the best places to visit in the country is the province of Bulacan! 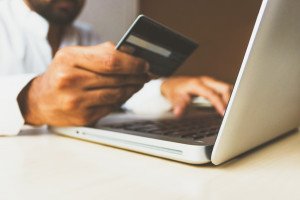 May it be a house and lot, a car, or anything else, planning for it would be helpful to avoid mishaps.