San Jose del Monte City (SJDM), Bulacan is considered as a historical place in Central Luzon. It became a battleground of Filipino revolutionaries and Spanish forces. During the Philippine revolution, the Spanish burned the settlement after defeating the Katipuneros.

As for its name, the city was named after St. Joseph of the Mountain. Reports suggest that hunters found the saint’s statue in one of the forests present in the area. The hunters reported the incident to Meycauayan parish priest, Father Antonio de Moral. Afterwards, the parish priest built a church around the statue's location.

Here are some facts you should know about this city also known as The Balcony of the Metropolis.

According to the 2020 census, San Jose del Monte City, which has 59 barangays, currently has 651,813 residents making it the most populated city in Central Luzon. In terms of land area, San Jose del Monte makes up 3.79% of Bulacan’s total area having 105.53 square kilometers of land.

SJDM is considered a landlocked city as it is a part of the Sierra Madre mountain range. Because of this, the city transitions from a warm lowland to a cool upland.

The tribes of Dumagats and Itas in Bulacan mostly resided in Meycauayan. But, they were later relocated after the Manila Archbishop created new municipalities in 1750. These tribes exchanged goods such as wine, salt, wild pigs, and deer with each other. Two years after the Archbishop’s decision, the municipality of San Jose del Monte was founded having these tribes as its first inhabitants.

During the American colony, SJDM became an independent municipality in 1918 under Mayor Ciriaco Gallardo after almost two decades of political supervision from Sta. Maria, Bulacan.

SJDM's topography made an excellent hideout for the guerillas against the Japanese. From 1942 to 1943, the Japanese Imperial Army seized control of San Jose del Monte. The townspeople eventually formed their resistance group because of this occupation.

On September 10, 2000, San Jose del Monte became a city. And on December 18, 2003, the city became the first Lone Congressional District in Bulacan.

If you are looking for the thrill of the outdoor places and relaxing getaways, one of the tourist spots, you should visit Mt. Balabag. Dubbed as the Mt. Pulag of Bulacan, Mt. Balabag will enthrall you with its grassy slopes that surround the trail. The mountain is spacious which a good news if you want to camp there for the night.

Photo from: From atop Mt. Balagbag: Looking the other way at Metro Manila's CBD lights | Philippine Canadian Inquirer

If you are a newbie to hiking, you should not worry as Mt. Balabag is categorized as a minor climb. The mountain can also provide you with a scenic view of its waterfalls.

Another place that you should consider visiting in San Jose del Monte is the Grotto Vista resort. This resort is recommended if you wish to have the best staycation and quickly relax from the fast-paced life of the metro. It is only 15 minutes away from the North.

Grotto Vista has several pools and each of them is different from the other. The resort is also an excellent venue for receptions, conferences, and the likes because of its function hall that can cater to up to 400 people making it a perfect pandemic getaway. And if you like to rest for the night, you can always have a reservation from one of their hotel rooms.

The word “tanglawan” comes from “ilaw” which means “light”. The festival was offered to St. Joseph the worker as it aims to showcase the city’s potential of becoming Bulacan’s next premiere city and represent San Joseños’ colorful and bright culture.

In 2016, Mayor Arturo Robes and his wife Cong. Florida Robes launched the week-long Tanglawan Festival to celebrate San Jose del Monte's cityhood. One can say that Tanglawan is impactful because of the awards and recognition it has.

The biggest recognition the festival ever received was two Guinness World Records. The first is in 2017 for being the world’s largest lantern parade with 14,173 participants. The second was in December 2019 for the Most Living Figures in a Nativity Scene with 2,101 participants.

And if you are a fan of beauty pageants, you can witness the grace of San San Joseños in the annual Ginoo at Binibining Tanglawan. Meanwhile, locals of the city showcase their harmonious voices in Tinig ng Tanglawan, a singing contest for all ages.

San Jose del Monte City is a place full of history, culture, and vibrancy. The efforts of the local government are seen through their actions in promoting tourism and festivities. It won’t be a surprise if they reached their goal of becoming the premier city of Bulacan. One can say that this city is perfect for real estate investment.

If you plan to reside in this area, Lessandra Montecillo and Lessandra Cielo are some of the maaliwalas communities where you can guarantee a safe, secure, and affordable house and lot in San Jose del Monte City so you can live the Angat life. Tips for a Maaliwalas Home

In Lessandra, we don’t only offer quality and affordable house and lots, we also give home tips on home improvement, including interior design tips. Here are four home tips to achieve a maaliwalas and brighter home. 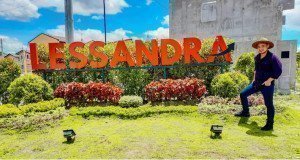 Why It’s Wise to Invest In Lessandra Sta. Maria

The history and culture of Baliwag make it one of the most popular destinations in the Bulacan and the ideal spot for those who want to escape the hustle and bustle of city life.