New Roads and Expressways to Watch Out for in Laguna

The province of Laguna, also known as the Resort Capital of the Philippines, is becoming the center of economic activity in the Southern Tagalog region since it is has affordable house and lots near in Metro Manila.

Businesses in this province are swarming as different industries in Laguna, such as industrial machines, food processing, textiles, manufacturing, car assembly, and electronic companies are present in the area. There are many affordable house and lots in Laguna as well, considering its location and economic productivity.

There is a lot of present infrastructure and roads in Calamba City Laguna that makes it accessible to different cities and regions, such examples are:

Calamba City also has a lot of potential for improvement, vast opportunities, and growth in the sector of socio-tourism and industries in Laguna. That is why the Department of Transportation (DOTr) is enhancing Laguna's connectivity and means of transportation for its economic expansion.

According to DOTr Secretary Arthur P. Tugade, there is a Philippine National Railways (PNR) project to start in 2022 that aims to connect Metro Manila and Laguna through a 56-kilometer railway from Solis St. in Tondo to Calamba. Once constructed, it is estimated that the travel time from the two cities will only take one hour.

Improvement of the Philippine infrastructure helps to cut business costs and attracts more investors to affordable house and lots and industries in Laguna. This kind of innovation and enhancement will surely give comfort and convenience. Traveling from Metro Manila to the South will be more accessible once the PNR Calamba Phase 3 is already open for the public.

Another infrastructure project that will open in Laguna is the Alaminos-San Pablo City Bypass Road.

“The entire Alaminos-San Pablo City Bypass Road with five (5) bridge components is envisioned to cut travel time by as much as 20-40 minutes, thereby improving mobility between the two towns of Laguna,” said Sec. Villar.

More bridges are expected to be finished by 2022. Another notable project by the DPWH is the Cavite-Laguna Expressway.

“The opening of Sub-section 5 will be able to cater to around 5,000 motorists daily, adding to the roughly 10,000 users of the already opened CALAx subsections 6, 7, and 8 from Sta. Rosa to Mamplasan,” Sec. Villar said during the road’s ceremonial opening.

And once the whole expressway is finished, the 45-kilometer Cavite-Laguna Expressway will connect CAVITEX in Kawit, Cavite, and South Luzon Expressway-Mamplasan Interchange in Biñan, Laguna.

And if you have an affordable house and lot in Taguig City, there is a proposed project that will connect Taguig City and Calamba via Laguna de Bay. The 36-billion-peso project also involves the construction of several dikes to prevent flooding. The purpose of the road is to decongest traffic from Muntinlupa and Calamba.

Another aim of the expressway is to serve as a flood control measure for Laguna de Bay residents. Once finished, the expressway will pass through Taguig, Parañaque, Alabang, San Pedro, Biñan, Santa Rosa, Cabuyao, Calamba and ends up at Los Baños.

Since Metro Manila is continuing to be decentralized, this infrastructure project will make it easier to get to and from. This also makes the province of Laguna a new alternative affordable house and lot location that is still close enough to the Metro.

Nowadays, more and more people are acquiring and considering buying a new home in provinces such as Laguna since it offers the residents an urban-rural setting. Laguna is a perfect place to relax and settle down because it is far away from noise and pollution.

These said projects are expected to bring great benefits to the Philippine economy, especially to the lives of ordinary citizens. Apart from it, the development will also enable efficient and smooth movement of goods and people that will open doors for the progressive economic endeavors of industries in Laguna.

What to do next

Aside from industries in Laguna, the province is also home to some of the best resorts in the Philippines. There are a lot of falls, hot springs, and mountains that you can enjoy here and if you want to hop on that city life, this place has it too.

It is the best time to invest in the most affordable house and lot in Calamba since there are a lot of industries in Laguna and it is one of the provinces near Metro Manila which means that traveling there is hassle-free compared to other provinces.

And if you are looking for an affordable house and lot, the best one would be at Lessandra Calamba because it is maaliwalas, secured, and is accessible to major highways like the South Luzon Expressway and Cavite-Laguna Expressway.

Many people think that Cavite is the next Manila because of the province’s history, proximity, and economic prosperity over the years. However, you can also argue that Laguna is on the same path as well. In the following years, Laguna’s growth is as straight as its soon-to-open mega expressways.

Lessandra is an affordable house and lot developer offering maaliwalas home spaces nationwide. To know more about affordable properties in Lessandra, visit the Lessandra House Listings. To find out how to buy a house and lot in the Philippines, go to Lessandra Guides and FAQs. 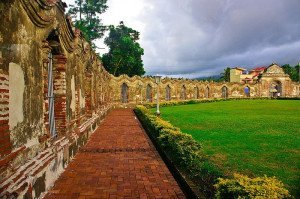 As city centers have become crowded, it is no longer surprising that more and more people are turning to suburbs for property investment. 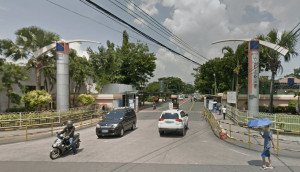 Life in the Historical Capital of the Philippines, Cavite

Less than an hour from Metro Manila, one of the thriving provinces in Southern Luzon, Cavite, offers the hottest spots for an ideal home. 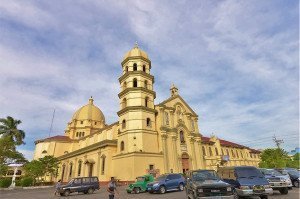 The Next Wave City In Southern Tagalog: Lipa City

Lipa City is one of the busiest business hubs in Southern Luzon, making it one of the next wave cities you need to watch in the coming years.